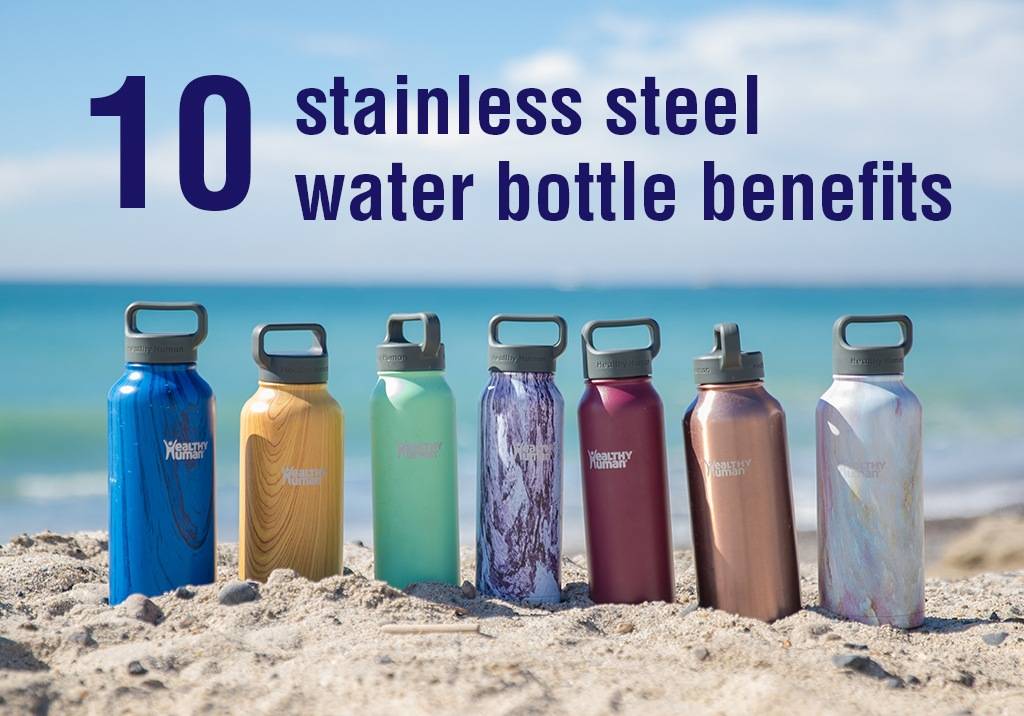 Here’s everything you need to know about stainless steel water bottle benefits and why it’s the best hydration choice.

The average American adult makes approximately 35,000 decisions a day. It starts the minute we wake up! Snooze or shower? Jeans or shorts? Coffee or tea? Here is everything you need to know about stainless steel water bottle benefits and why choosing a water bottle is one of the decisions you may want to make carefully.

Your health: Stainless steel water bottles are better for you. 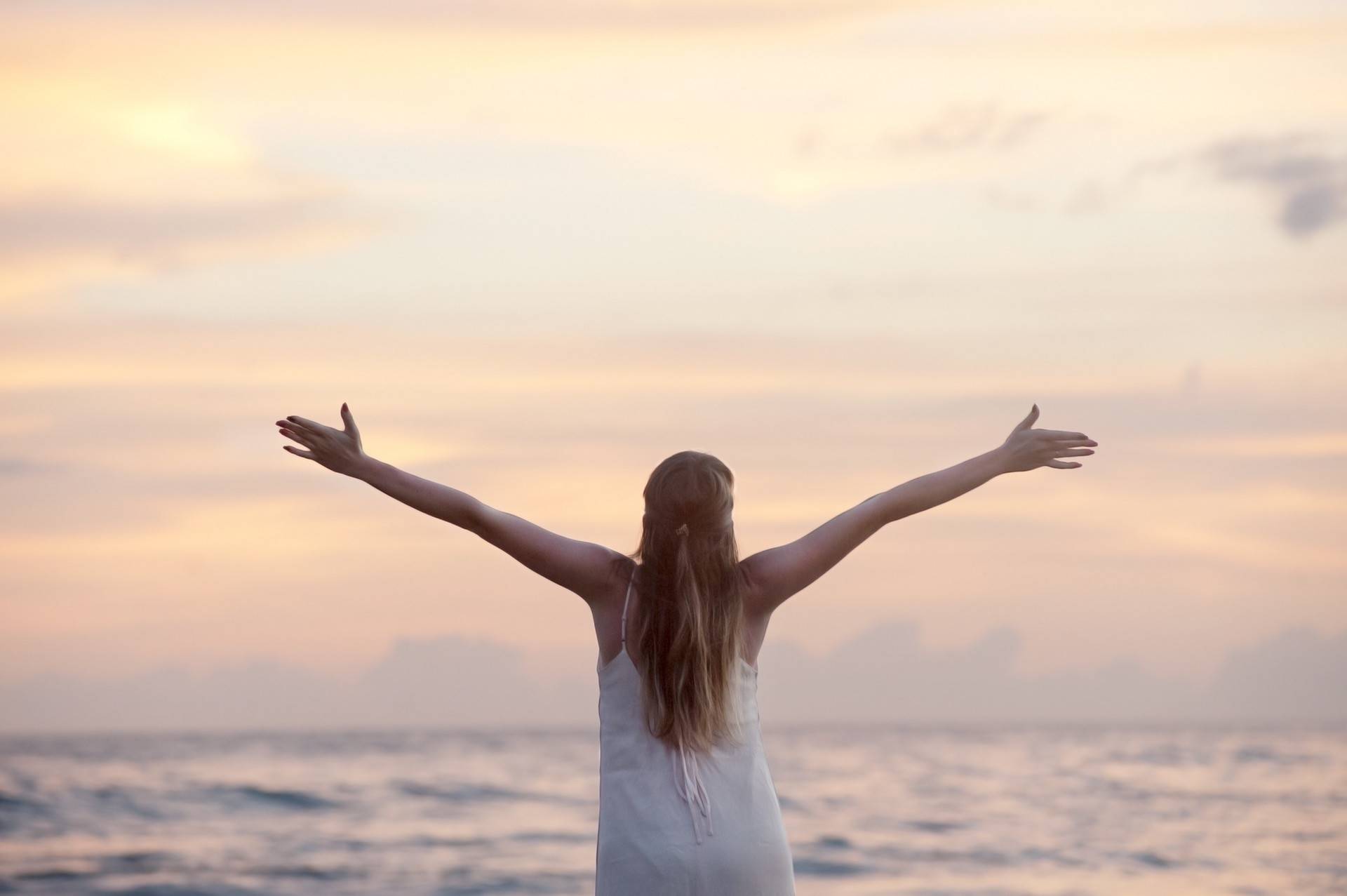 By ditching your plastic water bottle habit, you can protect yourself from harmful chemicals.

They help you avoid BPA

The Japanese and Canadians have banned BPA, or bisphenol-A, entirely. Following their lead, the U.S. Food and Drug Administration (FDA) banned BPA from baby bottles and sippy cups in 2012. Why, then, do they still allow it in plastic water bottles? Studies show that BPA is harmful for your health. Stainless steel bottles that contain no plastics are 100 percent BPA-free.

They don’t contain other harmful chemicals

Despite the fact that studies show a clear link between BPA and reproductive issues, BPA is still ubiquitous in many plastic bottles, including both disposable and reusable water bottles. However, did you know that even if a plastic bottle does not contain BPA, it still likely contains other toxins?

If they’ve been sitting around for a while or exposed to heat, almost all plastic bottles leak other endocrine-disrupting chemicals. Yuck!

In a 2011 study, researchers bought more than 450 plastic items that are designed to carry food and water from stores including Whole Foods and Walmart. They found that although most of the products were BPA-free, 70 percent of them released chemicals that acted like estrogen. And because plastic is porous, with each sip, you are likely getting a gulp of harmful bacteria along with it.

In addition to being chemical-free, stainless steel water bottles are rust, corrosion and stain resistant. If designed well, they don’t give mold and bacteria a place to hide.

Quick tip: Learn the pros and cons of every refillable bottle type in our definitive guide on choosing a water bottle.

Get the guide: How to Choose the Best Water Bottle

The planet: With every sip, you can improve our environment. 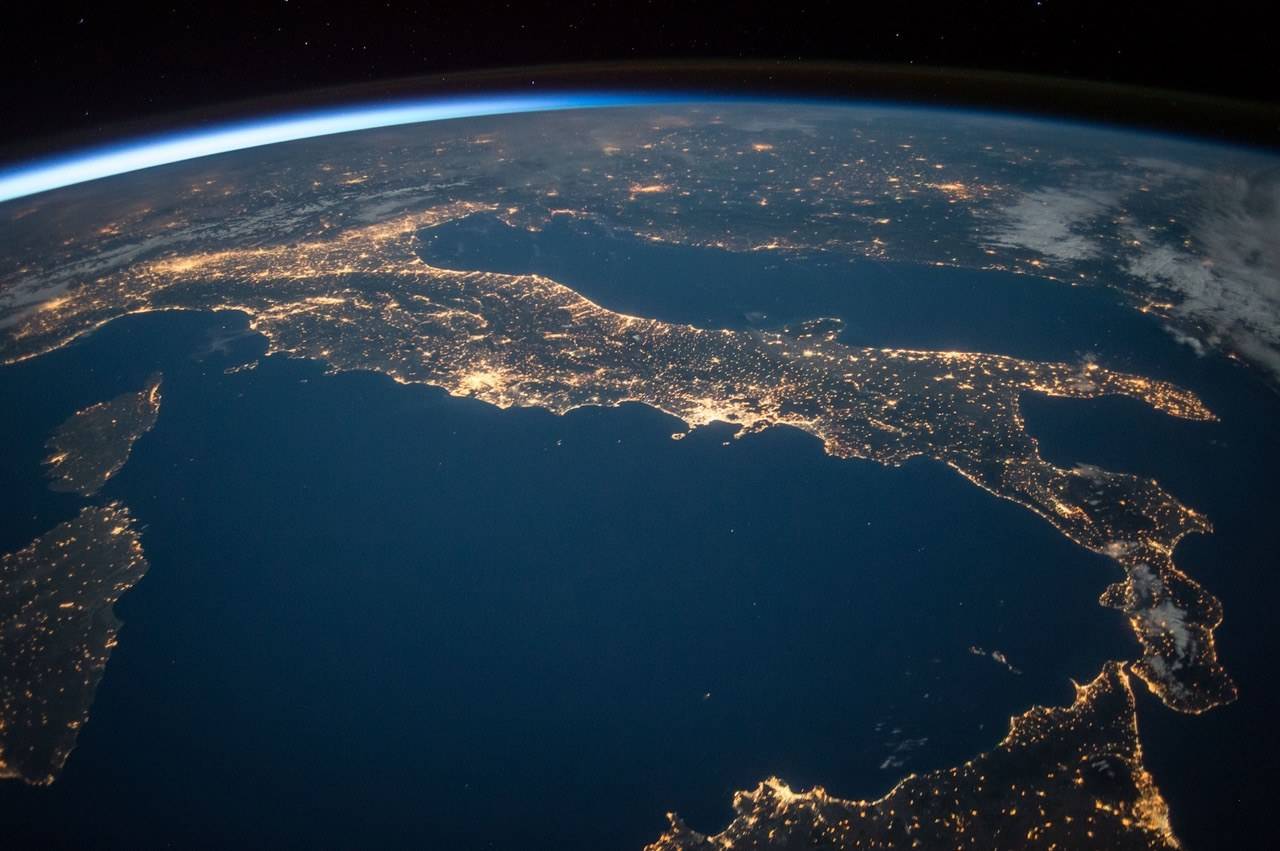 Americans buy 29 million plastic water bottles a year. For every six bottles people buy, only one is recycled. The rest end up in landfills and take more than 1,000 years per bottle to decompose.

Did you know that people recycle only about 12 percent of the plastic water bottles they buy? And of that 12 percent, only 50 percent of everything we put in the recycling bin is actually recycled.

That means that the vast majority of plastic water bottles end up in our landfills, where they each take approximately 1,000 years to decompose. During that time, they leach harmful chemicals into our environment.

Bottled water production requires 17 million bottles of oil a year. Additionally, in just one week, 40,000 18-wheeler trucks line our roads just to deliver the bottled water to retail stores nationwide. That adds up to a lot of fossil fuels required just to make and transport the bottles. Then, if not recycled, all of those natural resources end up sitting in our landfills as the bottles decompose. 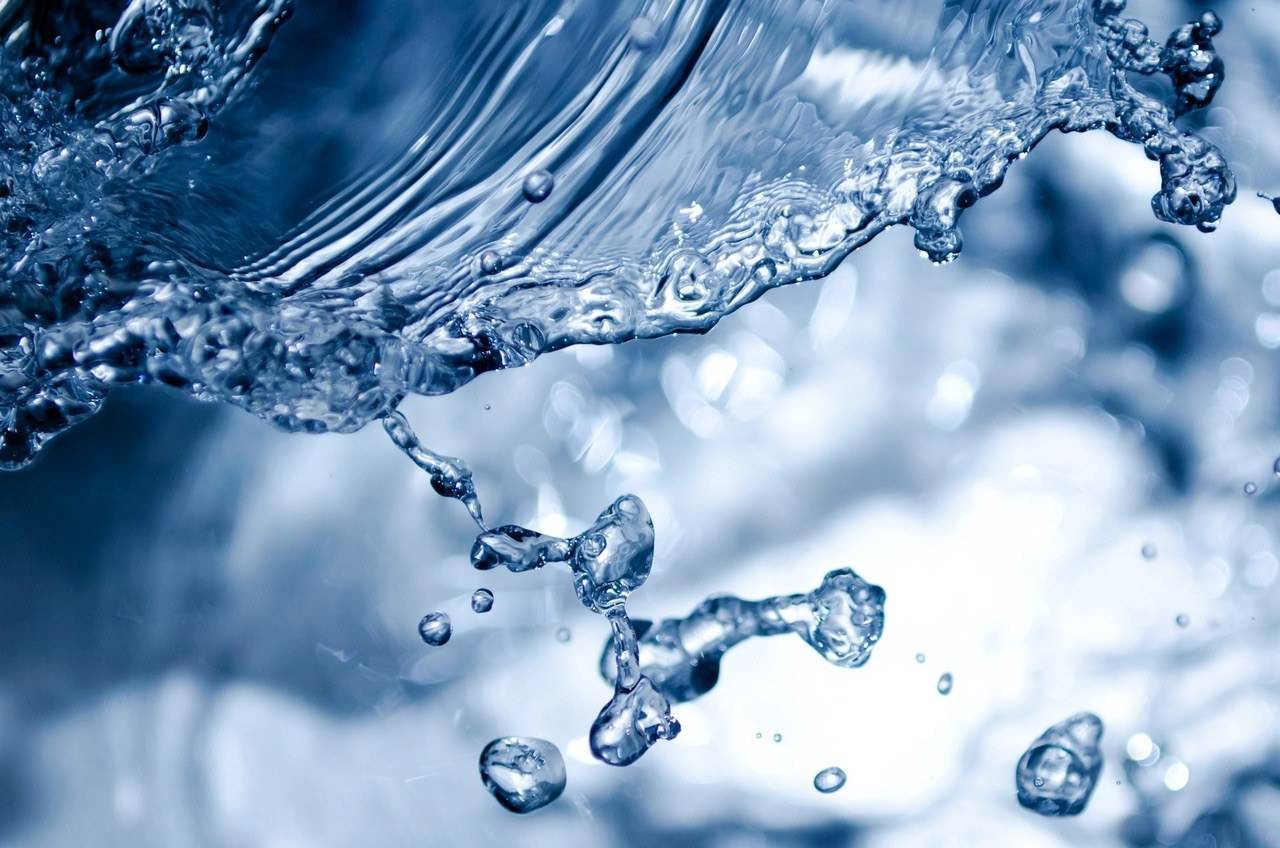 Does this sound familiar?: You fill your reusable plastic bottle with a homemade iced chai tea latte and bring it with you to work. Yum! It sits on your desk throughout the day, and you leave it in the sink overnight (oops). The next morning, you run it through the dishwasher and refill it with ice water. On your way to work, you notice that your ice water tastes like chai tea! Yuck!

High-quality stainless steel water bottles do not retain flavors. So you can rest assured that no matter what you fill it with, you won’t wind up with a cup of coffee-tasting water in the morning.

Flavor leaching aside, studies show that in blind taste tests, people actually prefer the taste of tap water to that of bottle water. Because it doesn’t have fancy marketing or celebrities behind it, if you ask consumers which tastes, better, they are more likely to say bottled water. But when it comes down to it, studies show that tap water flat out tastes better.

They keep your water hot or cold for longer 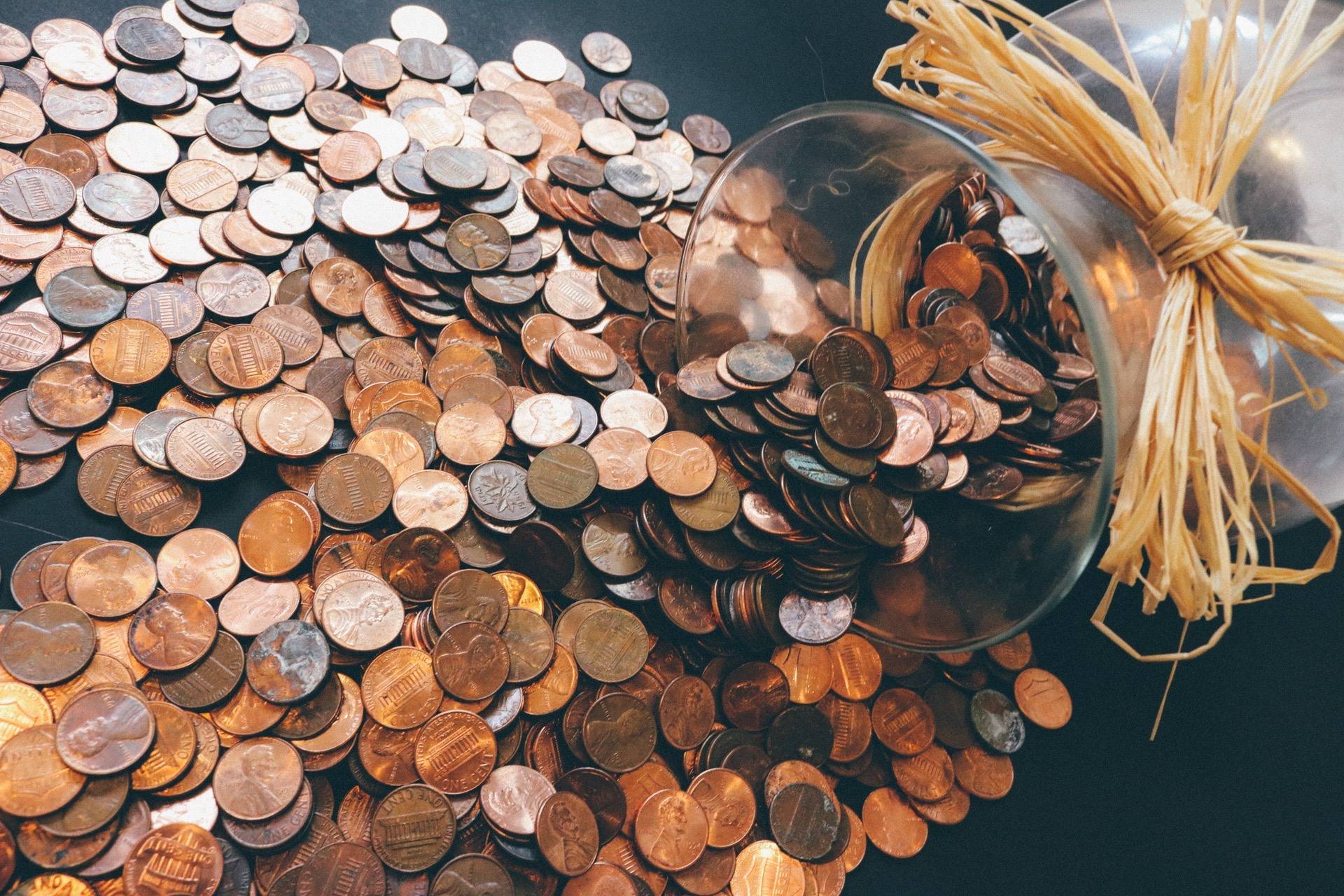 The average American family spends $100-300 on bottled water each year.

Bottled water holds the second largest share of the beverage market in the U.S. Americans drinks more bottled water than both beer and milk and spend more than $12 billion a year on it. Our consumption increases each year, making it an expensive habit.

The average American family could save hundreds of dollars over the course of several years by investing in just a few reusable stainless steel water bottles.

What’s more convenient than your own bottle?

We are busy people. With hundreds of emails to answer and hours of meetings to attend, it’s easy to say that buying a bottle of water is easier than bringing your own. But in reality, bringing your own bottle will save you countless trips to the convenience store and help ensure you always have water with you, preventing dehydration.

Ready to improve your health and that of the planet with every sip?

Healthy Human is not just a brand. It’s a lifestyle. We design every one of our products with our Mission in mind: To improve the health of humans and of the planet by changing the way the world drinks water.

Will you join us?