Meet the Caterpillar That Can Solve Global Plastic Pollution

MEET THE CATERPILLAR THAT CAN SOLVE GLOBAL PLASTIC POLLUTION

What if I told you that Eric Carle was onto something withThe Very Hungry Caterpillar? New research has uncovered that some species of caterpillar are in factso very hungry, that they’ll eat anything. Even plastic.

The scientific discovery was more like a happy coincidence, as it occurred while Dr. Federica Bertocchini, researcher at the Spanish National Research Council, was amateur beekeeping. When she found her hive overthrown by pesky pale white caterpillars, she tried to remove the infestation a la plastic bags, only to realize that the caterpillars were capable of eating right through the plastic. 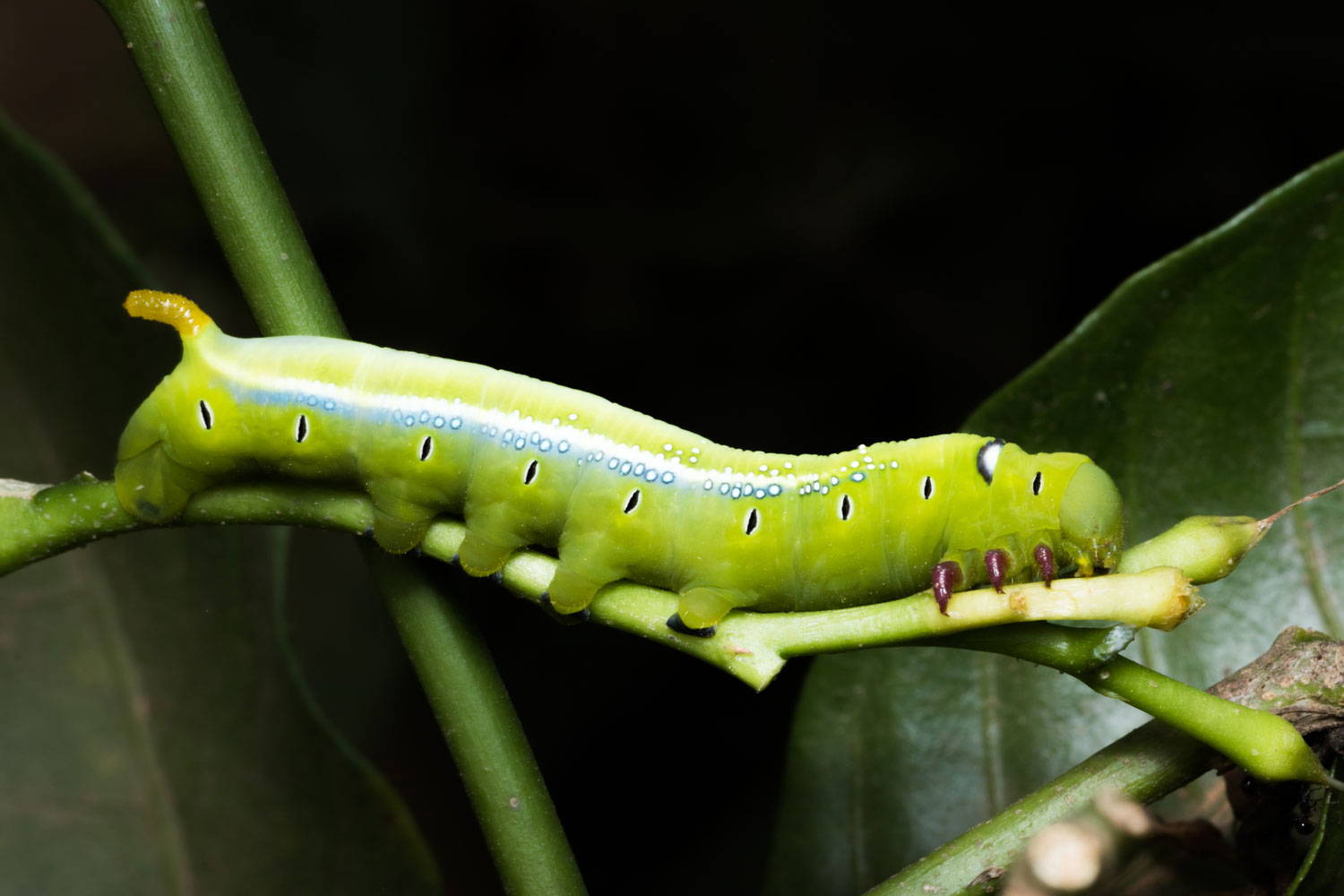 Can a caterpillar solve the plastic pollution problem?

Soon after this discovery came the idea to use these plastic-eating bugs to combat plastic pollution. Could it really be the key to solving the more than 12.7 million tons of plastic pollution that finds its way into our oceans yearly?

“We are planning to implement this finding into a viable way to get rid of plastic waste, working toward a solution to save our oceans, rivers, and all the environment from the unavoidable consequences of plastic accumulation,” Bertocchini told the BBC.

This God-send of a caterpillar might be even more magical than that hookah-smoking one fromAlice in Wonderland.Known asGalleria mellonella—or wax worm—these little guys can digest polyethylene, the most common kind of plastic used. In 2017, over 100 million tons of polyethylene resins were produced annually, which accounts for 34% of the total plastic market. High-density polyethylene (HDPE) is most commonly used for packaging, so everyday things like containers for bleach, conditioner, detergent, juice, milk, motor oil, shampoo, and soap bottles.. It’s also used to make garbage bins and even cutting boards. Low-density polyethylene (LDPE) is generally used for cling wrap, food storage bags, hot-and-cold cups for beverages, plastic grocery bags, and some bottles. Polyethylene, of either density, usually cannot be recycled.

How the caterpillar works to solve plastic pollution

After just 30 minutes of leaving polyethylene plastic alone with a few wax worms, there’s a visible difference. Plastic that has been biodegraded by wax worms for 30 minutes is typically covered in holes thanks to the worms’ strong stomachs. After 12 hours of wax worm-on-plastic-bag action, the bag’s plastic mass was reduced by 92 milligrams.

And a little caterpillar might just be able to save everyone: the turtles, whales, seals, seabirds, and even the humans. So, the question then becomes: How much plastic waste can these plastic-eating critters tackle? Are wax worms able to handle plastic pollution on the scale that it currently is? If they can, they might just be the key to undoing a majority of the damage plastic pollution has inflicted over the last several decades.

What it means for plastic pollution

With 12.7 tons of plastic heading into our oceans yearly and the average person using more than 200 plastic bags per year, Dr. Bertocchini and other researchers set on a mission to figure out if wax worms could handle the sheer mass of plastic that’s in desperate need of biodegrading. So far, results seem headed in a positive direction. Research found that wax worms don’t just chew the plastic; these worms contain a special enzyme that allows them to actually digest polyethylene. They’re not just destroying it; they’re truly eating it, and they’re eating it quickly, which is another key factor in determining the efficacy of using wax worms as a biodegradable solution to plastic pollution. Other discoveries of plastic-eating enzymes have been made—take the plastic-digesting bacterium accidentally found in Japan in 2016, for example—however, none seem to act as fast as theGalleria mellonella.

So far, all signs are pointing toGalleria mellonellaas the beacon of hope and practical solution that plastic pollution (and our planet!) needs.

So, what’s next in the fight against plastic pollution?

Next steps include researching the enzyme inside of wax worms that gives them the ability to successfully digest polyethylene. Identifying theGalleria mellonellaas plastic-eaters is a pertinent discovery in itself, but if the genes of the enzyme inside the worms can be extracted, that might pave the way for creating bacteria and marine organisms genetically-modified to wipe out plastic pollution. Then, these genetically-modified bacteria and marine organisms could literally degrade the plastic both in our oceans and on land, doing the bulk of the work.

Of course, let’s not forget that most plastic pollution issues aren’t only wreaking havoc on the environment, but they are also wreaking havoc on us. High-density polyethylene is generally considered “safe,” because it’s BPA-free—but recent research suggests that plastic that’s BPA-free is not enough. HDPE has been shown to leach chemicals that act as endocrine disruptors, mimicking the hormone estrogen. This could potentially be detrimental to fetuses and young children. Low-density polyethylene is also harmful to our health as it, too, does not contain BPA, but can leach estrogenic chemicals, which have been linked to hormonal cancers such as breast, endometrial carcinoma, ovarian, and prostate cancers.

The benefits of ditching plastic and undoing the plastic pollution that we’ve already done are limitless. Not only does plastic negatively impact our planet, but it negatively impacts our health, as well. Thanks to the little caterpillar that could—could eat and digest plastic, that is—we might just be one step closer to eradicating plastic and plastic pollution once and for all.

Of course, undoing the levels of plastic pollution that have already been done is just part of the resolution. We can’t use wax worms to naturally biodegrade polyethylene and then continue making polyethylene, using it for everyday items like bags and bottles. Polyethylene production needs to stop; only then will the efforts of wax worms prove fruitful for both our health and the environment.

“We should not feel justified to dump polyethylene deliberately in our environment just because we now know how to biodegrade it,” Dr. Bertocchini concludes.

Meet the Caterpillar That Can Solve Global Plastic Pollution