Sustainability in Business: Past, Present and Future

Sustainability in Business: Past, Present and Future

Sustainable business encompasses long-term environmental, economic and social resilience. As the climate starts to reach tipping points caused by a heating atmosphere, sustainability in business has become more important than ever.

These three pillars, often called the “triple bottom line” reflect the need to take on social, environmental and economic responsibility. The triple bottom line fosters sustainable development, which won’t exhaust our finite resources, and it won’t keep people in poverty, either.

In general, sustainability in business focuses on establishing and working towards resilient business models that innovate, reduce harm to the environment and solve social inequalities along the way. 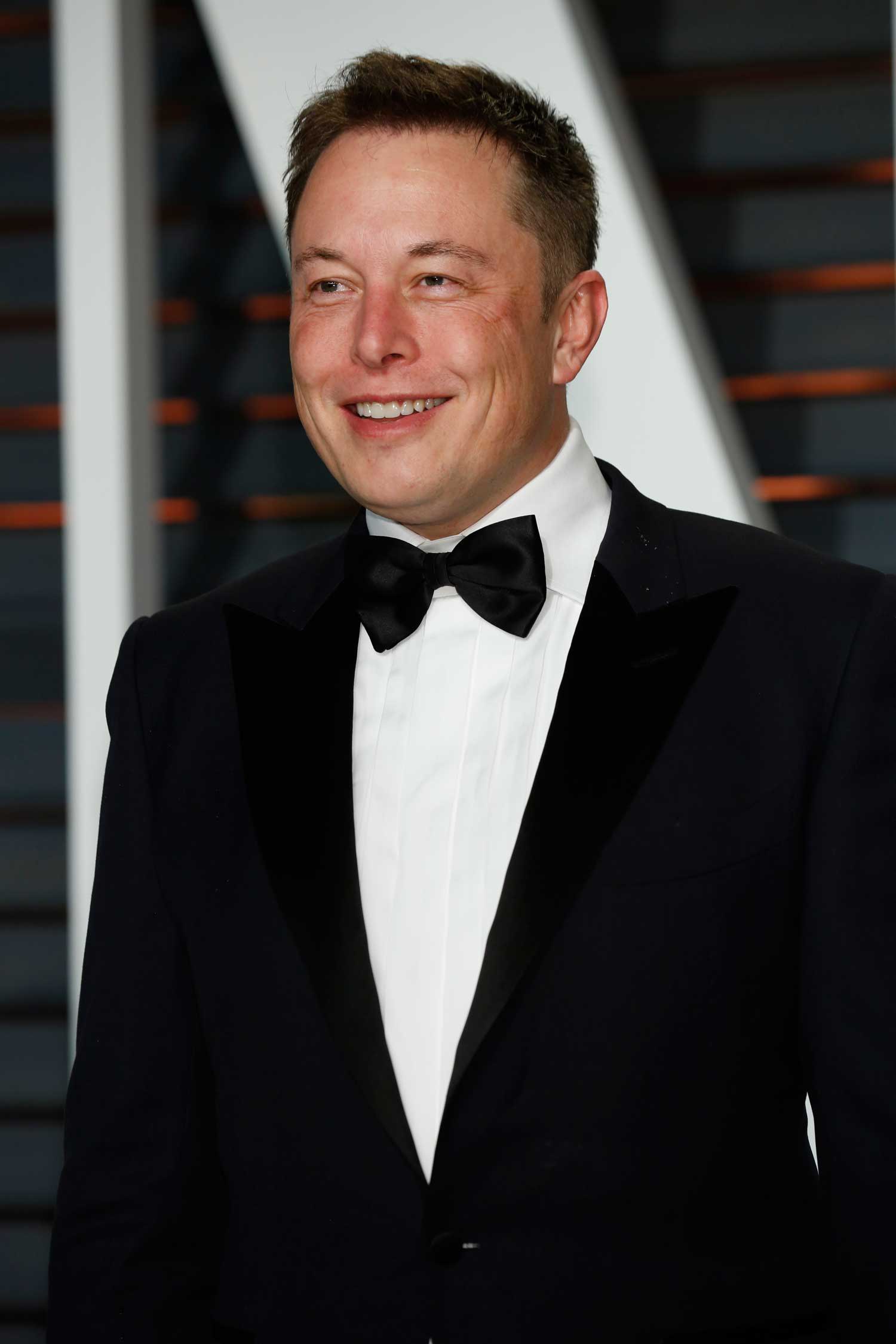 The origins of sustainable development

Prior to sustainable business, the environmental movement of the 1970s sparked intense interest in protecting the planet from harsh industrial pollution.

Rachel Carson’sSilent Spring (1960) sent an ominous warning about pesticides in our ecosystems, reminding us of the intrinsic value of the environment. The first Earth Day in 1970 received an overwhelming response: 20 million people across America celebrated it.

In those days, theenvironment appeared toxic: the Cuyahoga River in Cleveland would periodically burst into flames, water was undrinkable because of sewage leaks and birds were dying from DDT.

Sweeping laws were passed after a groundswell of support for the environment overwhelmed the Republican president, Richard Nixon.

The EPA was formed in 1970, its first Superfund site was designated funds for clean-up, the Clean Air Act of 1970 was passed, the Clean Water Act of 1972 was passed, DDT was banned and even noise pollution faced opposition with the Noise Control Act of 1972. The Endangered Species Act of 1973 still stands as one of the most internationally successful environmental acts passed at that time.

The sustainability movement started to take shape around the same time. One of its first prominent books is the multi-author bookLimits to Growth, which questioned the threshold of the resources available to us on earth in the context of economics.

Essentially, the idea that the earth was on a path of diminishing returns loomed over the movement in the early days. The concept of sustainable development emerged. It embodied the willingness to change, and a transformative mindset shift towards long-term prosperity, rather than short-term profit that fueled so many environmental ills.

It ultimately gained widespread international attention when it informed the concept of sustainable development outlined in the UN’s Brundtland Commission’sOur Common Future Report of 1987.

Nowadays, the zero waste and circular economy trends, along with the outcry against plastic and the rash of plastic bans, are top priorities for sustainable businesses.

While it’s unclear how the movement will transform in the future, it continues to present a compelling vision of a world in which our environmental, economic and social wellbeing are aligned.

In this list you'll learn from people who have influenced sustainable business both directly as business leaders and indirectly as thought leaders.

Elon Musk -The eccentric billionaire and Tesla CEO,Elon Musk, wants to revolutionize energy by disrupting markets with self-driving electric cars, rechargeable energy storage batteries for collecting energy created by solar panels and windmills and high speed trains that run on solar power. He even has his sights set on colonizing Mars with his SpaceX corporation. As Elon Musk innovates his way to the future, we’re patiently waiting for one of these ideas to defy the status quo.

Zhengrong Shi -You might have heard how renewable energy is no longer cost prohibitive compared to fossil fuels. In part, you can thank physicist Zhengrong Shi, founder and CEO of Suntech Power, for that. He developed lightweight solar panels that completely changed the game for renewables. In addition to his work as a business leader, he has alsopatented over 60 innovations and authored over 100 academic publications as a senior professor at the University of New South Wales.

Dawn Lippert -CEO of the non-profitElemental Excelerator, Dawn Lippert heads a start-up incubator for sustainability. Each year, it awards 15-20 companies funding up to $1 million to develop resilient systems. She helps them improve fundamental technologies for people and the planet in fields as diverse as energy, water, agriculture and transportation.

Bill McKibben -Founder of350.org, Bill McKibben is a hugely influential climate activist who has most notably fueled the divestment movement. This movement encourages large organizations to take their money out of greenhouse gas emitting investments and reinvest in more sustainable organizations. The concept of sustainable investment and finance has started to greatly influence the business arena. McKibben is also the author of several books on how we can improve our sustainability.

Ellen MacArthur -A former champion yachtswoman,Ellen MacArthur’s name and foundation have become synonymous with the circular economy. Her organization has urged companies to improve their ecological impact by redesigning our way to a more sustainable future. She promotes healthy competition towards circularity by recognizing some of the world’s top circular economy corporate leaders in the CE100 list.

Carlo Petrini -After starting theSlow Food Movement in Italy in the 1980s, Carlo Petrini has gone on to become one of the world’s most progressive leaders for promoting sustainable, local food cultures that preserve landscapes and biodiversity, while honoring food traditions. He also founded Terra Madre, a convention for foodies of local cultures around the world to meet. He has also campaigned and raised funds for food communities in need such as those of Louisiana, hurt by Hurricane Katrina in 2006.

Elizabeth Cline -Energizing the sustainable fashion movement,Elizabeth Cline uses her background as a journalist, public speaker and author to improve the fashion industry starting from the closet. She wrote bothThe Conscious Closet: The Revolutionary Guide to Looking Good While Doing GoodandOverdressed: The Shockingly High Cost of Cheap Fashion.

Leonardo DiCaprio -Bringing Hollywood into the fold, sustainable action has now become in vogue among A-list celebrities. Leonardo DiCaprio was among the first to make his voice heard in the film industry. He created an environmental foundation in 1998, Leonardo DiCaprio has effectively raised awareness by producing documentaries and investing in the planet. TheLeonardo DiCaprio Foundation has gained multi-million dollar pledges to protect individual species, preserve landscapes and oceans, and invest in clean energy. He recently donated $5 million to stop the forest fires in the Amazon rainforest.

Not only has she eloquently rebuked global leaders including those in the business community for their failure to act in speeches at some of the most important UN climate talks, she also walks her talk by refusing to use air transport.

She has just sailed across the Atlantic in a zero emissions yacht to speak at the UN Climate Action Summit in New York City.

While she has become the target of attacks from some naysayers, she has maintained her calm demeanor. She suggests that her ability to face adversity owes in part to her condition ofAsperger’s syndrome, flipping the script on this “disorder” that falls in the autism spectrum.

Her influence continues to grow as she successfully raises our awareness about the risks of climate change, especially for her generation.

Xiuhtezcatl Martinez -An Aztec indigenous climate activist, Xiuhtezcatl (pronounced shoe-tez-caht) Martinez is involved in almost every kind of activism you can imagine and he started activism at age 6.

Now at age 19, he’s become theyouth director of Earth Guardians, the author of a book titledWe Rise: The Earth Guardians Guide to Building a Movement that Restores the Planet and the creator of a hip hop album.

He’s also one of the plaintiffs in the Juliana v. United Stateslawsuit pressuring lawmakers to address climate change on behalf of the youth.

With this much experience under his belt already, he’s earned staying power and won’t let down anytime soon.

Jamie Margolin -Founder of the youth activism organizationZero Hour, Jamie Margolin has become a leading voice in climate action by targeting elected officials so they listen to youth voices.

Her team has grown and they have marched on Washington to emphasize the urgency of environmental action. She also highlights issues of intersectionality of race, environment and justice in her work.

Sustainability in business is here to stay

Sustainable business may appear to be on the back burner for some of today's political leaders, but one thing is clear: it is here to stay. Institutions at the global level, such as the UN, are making strong advances to ensure we'll have a sustainable planet in coming years. Business leaders are leveraging their money and power to create innovative technologies that disrupt existing unsustainable industries. Finally, people in all walks of life have come forward to make their voice heard. The growing public outcry against inaction urges sustainable business leaders to act faster than ever.

Always aspire to be great in both big and small ways. Remember that every small action you make is scalable. Gift-giving is a great place to start. Shop our Healthy Human water bottles for a charming, giftable gateway to a zero-waste lifestyle for your friends and loved ones.

Your small changes add up.

Get the best deals, tips and blog updates for your healthy, sustainable lifestyle.

Join the 11,000+ Healthy Human Life
newsletter subscribers in our list.