What would happen if one day, all of our environmentally destructive activities stopped? Probably, our planet would start a process of healing itself.

But we don't have to wait for an apocalypse for this to happen. In fact, the UN declared the years 2021 to 2030 the Decade on Ecological Restoration and it hopes to mobilize nations all over the world to restore their beautiful natural treasures.

Learn how ecosystems repair themselves and how long it takes to recover. 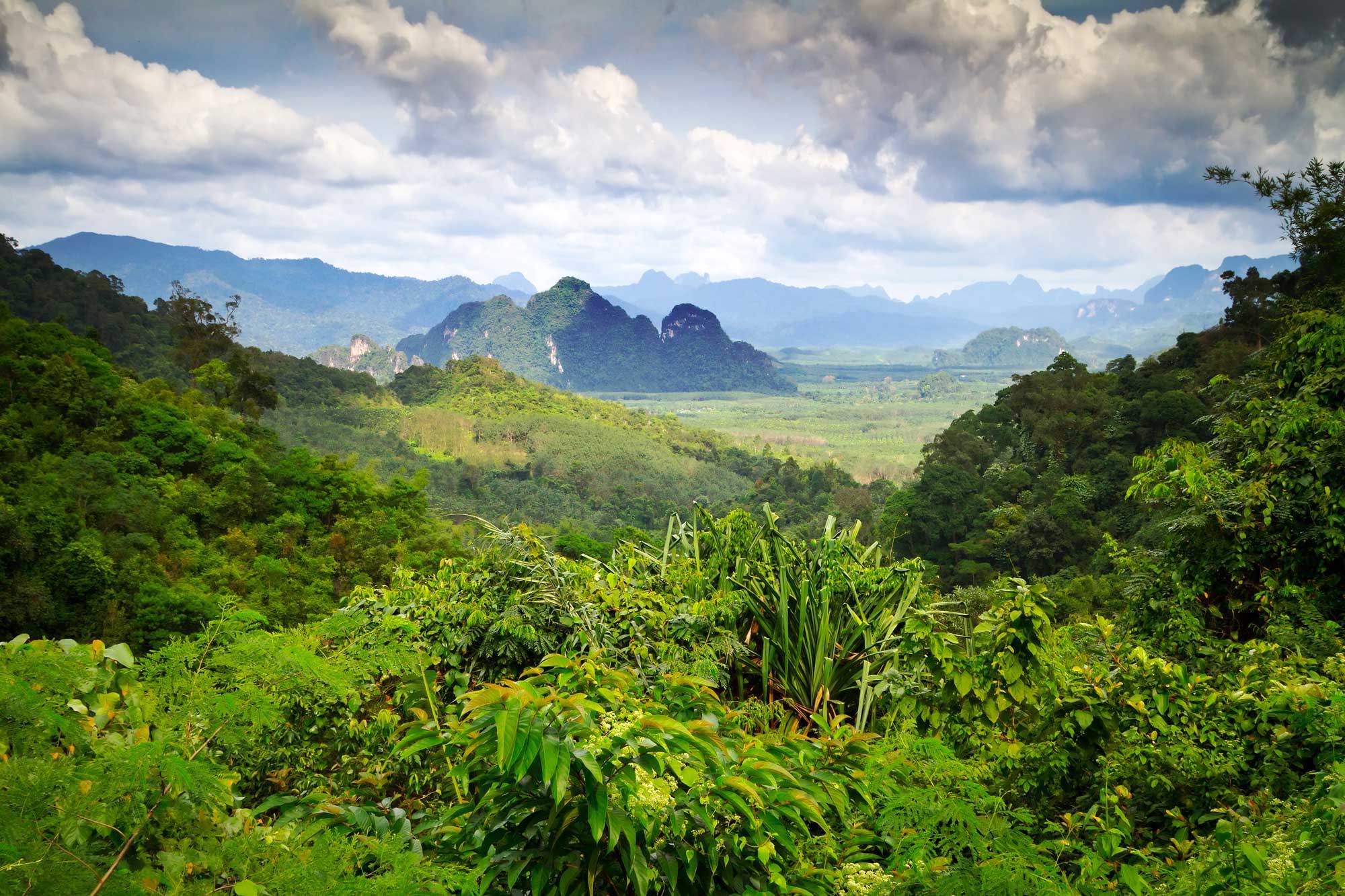 If humans disappeared, how long would it take for the earth to recover?

We know that humans won’t magically disappear, and if we did, we wouldn’t be around to observe the results. Yet, we also know that recovery depends on certain considerations including the extent of ecosystem disturbance and the type of ecosystem in question. Before we go on, let’s name a few examples.

I’ve chosen these three examples for a reason. They each represent broad categories of environmental risks including damage, degradation and destruction.

Poaching has a comparatively limited impact and it would presumably not occur frequently, so the forest’s recovery rate would be faster from such an impact. Impacts limited in scope like small fires, patches of logging and invasive species are considered “damage.” If these limited activities persist for long periods of time, they result in “degradation.”

For the second example, clear-cutting a forest, and turning it into a farm, for example, would cause great disturbance, because it would result in an ongoing change with a total transformation of the landscape and loss of biodiversity. This and other similar manmade forms of disturbance would take more time to recover from once they had ended. This is known as “destruction.”

Finally, long-term climate change presents the most difficult challenge for ecosystems to recover from. Therefore, our current condition of climate change from greenhouse gas emissions poses a huge risk to the ecosystems and biodiversity around the world.

Can ecosystems naturally restore themselves?

Yes, they can. In fact, it’s the best way for the environment to heal. In a recent study that compiled research on over 400 different restoration sites, scientists came to the conclusion that, as long as the source of degradation or pollution stops, the fastest (and cheapest) means for ecosystem recovery is for the environment to self-repair without human interference.

However, in some cases, an ecosystem can also pass a “tipping point,” which is the environmental equivalent of the point of no return. Usually, this occurs when climatic changes have fundamentally altered the level of moisture and seasonal changes in a region, making it impossible for a prior ecosystem to reemerge after the disturbance has stopped.

Of course, halting the negative impacts to a region and ensuring that no similar impacts occur for long periods of time still remains a huge challenge. It’s also a very important challenge, considering that currently an eighth of the world’s species, totalling one million, risk extinction.

How long does it take?

To determine a timeline, we’d have to look at the specific type of ecosystem in question. For instance, a tropical rainforest has a different rebound rate than a temperate forest and both of these have different needs than the coral reef ecosystem, which is known as the “rainforest of the sea.”

For the sake of simplicity, let’s use a tropical forest as an example. The variation in the amount of time it takes a tropical forest to recover ranges from 10 years for smaller disturbances to 7000 years, for more frequent and severe forms of impact.

One way to measure the rate of recovery is to use the lifetime of oldest species that had been destroyed as a benchmark. If an old-growth forest previously had 500 year-old trees that had been cut down, it would take at least 500 years for the forest to recover. For that reason, the rate of recovery in water ecosystems is faster than that on land because the organisms have shorter lifespans.

On average it takes 503 years for a tropical forest to recover according to Lydia Cole in her article, “How quickly do tropical forests recover from disturbance?” But these forests usually won’t “fully” recover, according to existing research. They can eventually recover to a rate of about 95.5 percent.

Interestingly, forests in Central America recover faster than those in Asia, and forests that have faced more disruptions in the past in a timescale of 1000 years can more quickly recover from later disruptions.

How are ecosystems actively restored?

Recovered ecosystems depend on three important factors: biodiversity, function and connectivity. Let’s take a closer look at each of these.

It’s important to remember that each species in an ecosystem plays a specific role, so without the interactions of the different species, an ecosystem hasn’t fully repaired itself. That’s why biodiversity can help measure the overall recovery of a natural area. Scientists look for specific keystone species that play vital roles in ecosystems. For instance, tidal pools depend heavily on starfish. Sometimes scientists help restoration along by reintroducing these species.

Next, scientists also look at the functioning of ecosystems: how different generations of trees and species disperse over time, providing nutrient flows that lead to regeneration in nature. Scientists can help these functions by mimicking natural disruptions with controlled burns in forests. These closely monitored and controlled activities help nature by scattering seeds and improving the nutrients in the soil.

Finally, connectivity to the broader environment is important for nature. The more space a region has for the dispersal and movement of larger mammals and migratory birds or insects, the better chances the environment has to flourish in terms of biodiversity. These species connect isolated ecosystems together in a larger natural framework. Ensuring species’ safe passage by creating wilderness corridors and removing barriers between fragmented forests helps ecosystems remain intact.

How do humans threaten the environment?

When we look at the top drivers to the loss of biodiversity, which provides a good metric for measuring the earth’s resilience, five specific causes come to the fore.

When we think of pollution, we may first think of smog, acid rain or oil spills. It’s important to remember that pollution doesn’t only have to come from inorganic toxins, either. These days, nutrients from biowaste and fertilizer, which in smaller quantities can be beneficial, are overloading waterways with nitrates and phosphorus. Air, water and soil pollution disrupts the chemical and nutrient levels that species rely on to perform their biological functions that support and interact with other organisms in an ecosystem.

Climate change is particularly risky for species because their ability to survive depends on a specific range of temperatures. As climate region shift across the globe, species are adapting by moving at different rates to adjust with the climate. This disrupts the ecological balance when unfamiliar species encounter each other for the first time. In addition, some species, like coral reefs and amphibians are particularly sensitive to temperature and cannot survive sudden or unpredictable changes in temperature that come with climate change.

Over-exploitation occurs when humans directly hunt, fish or harvest particular species to an extreme. For instance, global overfishing is currently threatening global fish stocks worldwide, since subsequent generations of fish haven’t been able to recover and this impacts the entire food chain in the ocean. Moreover, fishing results in excessive species decline when discarded fishing gear continues to entangle species. This is the primary reason some species are at risk of extinction, such as the vaquita of the Baja Peninsula region in Mexico.

When you view an aerial view of our landscapes, you’ll probably notice the patchwork pattern of forests, agricultural lands, residential areas and urban cities. One of the predominant impacts humans have had on the environment can be summarized as ecological simplification. We’ve transformed our landscapes from rich, biodiverse forests or savannahs into vast stretches of land reserved for growing or raising a very limited range of crops or livestock. As a result, three quarters of the entire world is now covered in agricultural lands. This is not enough for our range of biodiverse species to survive.

Species disperse around the world in a number of ways, but global trade has increased the opportunities for species to enter new ecosystems outside of their native lands. When they do, they can often wreak exponential damage on an area, because they don’t face natural predators. For instance, several types of Asian carp have devastated the local fish populations of the Mississippi River and scientists worry that they will find their way to the Great Lakes and inflict more damage on local fish populations.

What is the purpose of ecological restoration?

When people choose to restore an ecosystem, the reasons can vary. Oftentimes intact ecosystems provide important natural “services” such as pollination, sequestering (drawing in) carbon from the atmosphere, filtering the groundwater or reducing erosion and desertification. By restoring ecosystems, scientists aim to replenish these services. Take, for example, the mangrove forests of coastal wetlands, which provide important storm protection services. Half of them have been degraded. Mangrove forests are now targeted as important opportunity sites for restoration.

Another concern of many scientists is that our rate of biodiversity loss could eventually negatively impact our ability to grow food and access medicinal plants. Having a narrow range of genetic diversity on earth makes species more prone to disease and it puts them at greater risk of being unable to adapt to impacts like climate change. By restoring habitats, we can have a better chance of withstanding the environmental changes underway.

Ecological restoration is so important that recently, the United Nations Environmental Programme (UNEP) declared the decade from 2021 to 2030 the “UN Decade on Ecosystem Restoration.” Huge potential value lies in the field. Currently 3.2 billion people suffer from negative impacts to the ecosystems. These impacts have been valued at an estimated loss of about 10 percent of the global annual GDP.

In order to improve this situation, the Bonn Challenge has been established to restore roughly 350 million hectares of degraded ecosystems this decade, we could remove 13-26 gigatons of greenhouse gases from the atmosphere.

Which habitats are most critical for restoring ecology?

Forests are currently a top priority for restoration due to their potential to provide important natural services. Under the Bonn Challenge, the Global Partnership for Forest Landscape Restoration created an opportunities map outlining areas suitable for forest restoration.

What are some examples of ecosystem planning and restoration?

Hearing about the successes of different restoration projects can be exciting, especially if you love the wilderness. Check out this amazing story of how a dam removal project restored a river ecosystem in Washington state. Or you can learn how one man vowed to restore a piece of the rainforest in Ecuador by watching an award winning video by Yale360. Perhaps you’re interested in the beautiful landscape of the southern tip of the South American continent. Learn how an ambitious project to restore parts of Patagonia is underway.

Which lifestyles are least impacting on the environment?

More and more, ecologists have realized the need to partner with indigenous people on ecological restoration projects. Their deep traditional knowledge of a region’s ecosystem stems from centuries of interacting with nature in a sustainable way. Such place-based knowledge is crucial for projects targeting long-term ecosystem stewardship.

What’s even better than ecological restoration?

Now that we’ve talked about all of the reasons ecological restoration is necessary, there’s one case where it’s not preferred. When an ecosystem is not already damaged, it is in our best interest to preserve it in its natural state, wherever possible. That’s why restoration projects should never come first above conservation.

Learn more about conservation opportunities on the following sites:

Love the outdoors? Take a Healthy Human Stein water bottle with you on your next hike so you don't get dehydrated. Our steins come with a complimentary carabiner, so you can clip it onto your belt or backpack.

Check out our great colors and patterns!