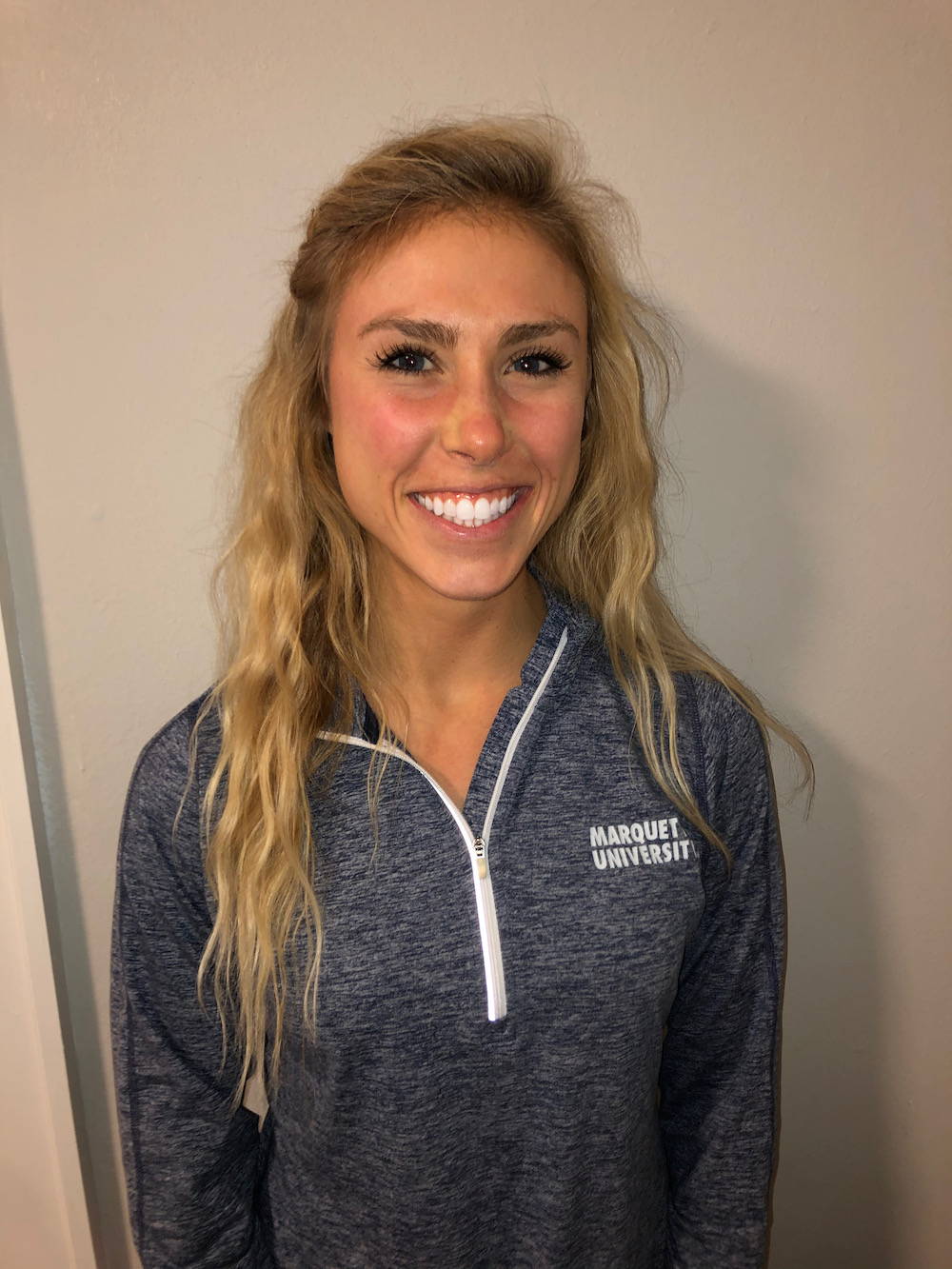 In our first ever Healthy Human Brand Ambassador Interview, we caught up with Courtney Kruggel, a clinical doctorate student in physical therapy at Marquette University.

Not only did she become a NSCA Certified Personal Trainer in 2016, she also founded a branch of a great organization called Changing Health, Actions and Attitudes to Recreate Girls (CHAARG) at her university.

When she’s not at clinical to complete her physical therapy education, Courtney volunteers with Rise Over Run, a charitable organization focused on everyday health.

She has loads of experience working with people to achieve their personal health goals, so we wanted to pick her brain about healthy living. Learn all about her work-life balance and future goals below.

(Note: This interview has been edited for length and clarity. Scroll down for links to all resources mentioned in the interview.)

Tell me a little bit about your background. Where did you grow up, and what made you decide to pursue your physical therapy education?

So, I grew up in South Bend, Indiana, and lived in the same house my whole entire life. I grew up playing sports and being active. My older brothers and parents were always very active as well.

I was really fortunate in the fact that I, myself, never needed physical therapy (PT). Any injuries I had were minor, but I was always just fascinated by the human body--how it moves and how it all comes together.

I knew I wanted to do something in the medical field, but I also knew that I’m squeamish and do not like blood! The potential of going to med school was out of the question. Then, I shadowed one of the physical therapists my dad knew and I absolutely fell in love with the profession.

You can truly make a difference in people’s lives, no matter how big or small. It can be an athlete that wants to get back to high level activities or it can be just a grandma that wants to be able to still play with her grandkids.

I really liked all of the personable aspects of PT, and being able to really make connections with patients.

Do you have a favorite sport or physical activity?

That’s hard. So growing up, I always played volleyball and lacrosse in high school. Then, I decided not pursue anything in college so I could focus on my studies.

So, I really got into recreational lifting. I like to do a mix of body weight, lifting with heavier weights.

But I also really love running. My mom was a marathon runner, so I always knew I wanted to run and then I caught the bug. It’s nice to keep having something that you can set a goal to do when you’re not in a competitive sport.

Running is kind of my safe haven, and I like to do weight lifting on the side for cross training and getting some other frustrations out. It’s fun to lift heavy weights. 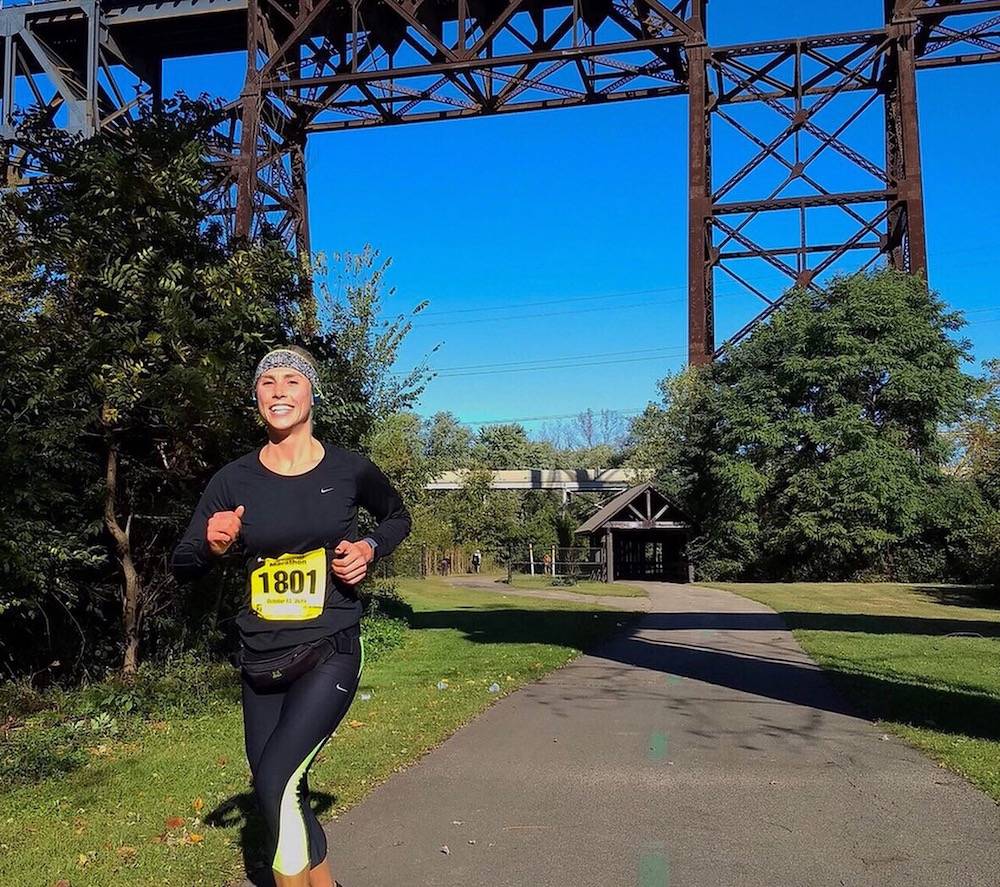 It was indescribable. I mean, the feeling of crossing the finish line--there was such a combination of relief and joy and everything. When they say that you’ll get the runner’s itch, it’s so true.

It’s just because when you cross that finish line, you feel so accomplished. You’re so proud of yourself and just really amazed at what the human body can do.

That’s really amazing. I’m also interested in your community work. You formed an interesting organization called CHAARG at your university that empowers women by supporting both their mental and physical health. Can you tell me about what made you interested in CHAARG?

CHAARG is a national organization and when I wanted to bring it to Marquette, I believe it was only at like 30 universities, and now it’s grown to be at 70 or so. It’s crazy within the last four years how much it’s grown.

Before CHAARG, I missed the community aspect of a sports team. And going into the gym, I saw this divide between females only on the cardio equipment and males all by the weights. I thought, that’s not fair--why can’t girls be over in the weights, too? And not feel intimidated.

One of my best friends was a part of CHAARG at another university, and I had seen her posting about it. She told me, Oh my gosh, Courtney, you would be perfect for this!

And so, the more I looked into CHAARG, the more I fell in love with it, because it fosters a community of women that have similar goals.

The thing I like about CHAARG is that there’s no one way to be healthy or happy, and they want you to find your own way.

They partner with local studios to try different workouts each week, so you know, maybe you love yoga but you’ve always been really intimidated to do CrossFit. Well, you’ll do both. We’ve even taken pole dancing classes.

Being able to make it a safe place for girls to talk about their insecurities and trying to lift each other up.

Even though I’m not actively a part of it anymore as the ambassador--I had to pass it on once I went to grad school--I still like to stay involved with the chapter. 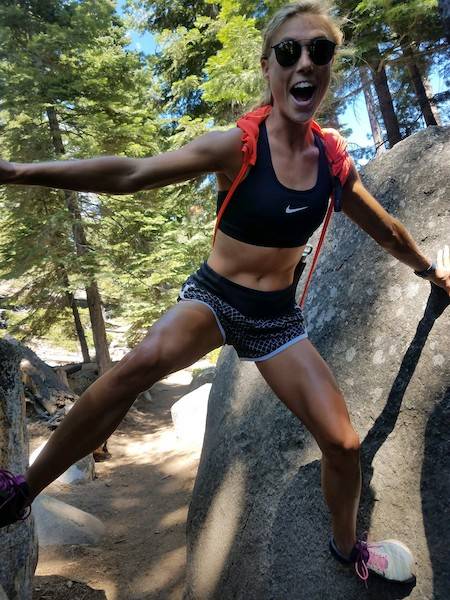 Nice! Currently, you volunteer as a coach at Rise over Run. What does your work involve, and how does that organization also support its community?

Rise Over Run is a new organization, and it’s a non-profit. It offers a platform to make fitness really accessible for people. Since I didn’t have CHAARG anymore, I was looking for another way that I could get involved and share my passion.

With the membership, it’s $60 a year, and most of that goes to a non-profit of your choice. So, it’s not only benefiting you by giving you resources to feel confident in your training and your goals.

There are other personal trainers, nutrition coaches, strength and conditioning coaches and runners [volunteering]. It offers you different programs for you to progress your strength or your athleticism.

They’re coming out with a running guide so that there are different programs for getting ready for a 5K, a 10K or even a marathon. And I’ll be helping out with those a little bit, too.

What I am doing specifically, is that I’ll help create some adjunct workouts. I’m not in the specific programming for them, because they’re having the niche strength coaches do that.

I’m also contributing blog posts. For example, I did one about  transitioning to early morning workouts. I’ll be contributing a meal prep guide book, so I’m compiling all of my favorite recipes, and we’ll be doing the nutrition facts on them as well. Then, I’m going to be writing a post about how to transition to living a more sustainable lifestyle.

Can you tell us about your decision to become a Healthy Human ambassador, and if there’s something about the mission that resonated with you?

With Healthy Human, I actually got my first Healthy Human in a giveaway. I fell in love with the company, and I started following them on Instagram.

It was my first really high-quality insulated water bottle that actually kept things cold for literally 24 hours. And so, I was blown away. I’d had other insulated ones before but I didn’t think that they had held up quite as well as my Healthy Human has.

So, when I saw that they were offering positions to be an ambassador, I wanted to apply. I just love that you promote funny things on your  Instagram. I feel like it’s a relatable company, and all of your products are extremely high quality, but also very affordable.

And then there’s the variety of products you have, too. So you have the different sizes of your Steins, and then all of the different Cruiser Tumblers and the Straws.

I haven’t made any radical changes to try to live a more sustainable lifestyle, but I do believe it is the smaller things that help add up for everybody.

I always use my reusable tote bags when I go to the grocery store. I have reusable produce bags as well, instead of using the plastic ones. I try to buy more loose produce so I can just put that in the produce bags.

Just doing your small part and bringing your water bottle somewhere, that’ll make people think: oh! Well maybe I should invest in one. So, I’ve really liked being a part of the Healthy Human team so far.

Can you describe what a day in the life of Courtney involves?

Right now, it’s a little bit hectic just because I’m on clinical and I’m finishing that. Today is the last day of my third clinical and next week I start my fourth and final clinical.

Typically, if I can go for a run in the morning or get a work out in, I absolutely will. I love working out in the morning. It makes me feel a lot more energized throughout the day, but it kind of just depends on what time I start work.

I try to be realistic about when I’ll wake up, but usually I’ll wake up around 5am. And then I’ll make sure that everything is all set to go for the day.

I’ll go to clinic and treat all of my patients. After that, I relax and make my dinner. I just have to reheat it, since it’s already meal-prepped. Then I get everything ready for the next day for lunch, and if I’m prepping breakfast or anything.

Right now, I’ve been doing a lot of studying for my [national physical therapy] board exam--I’m planning on taking it in April.

Unfortunately, my life is not too exciting right now, but I’m looking forward to getting back to the Milwaukee area, because I’ll be a lot closer to a lot of my friends. 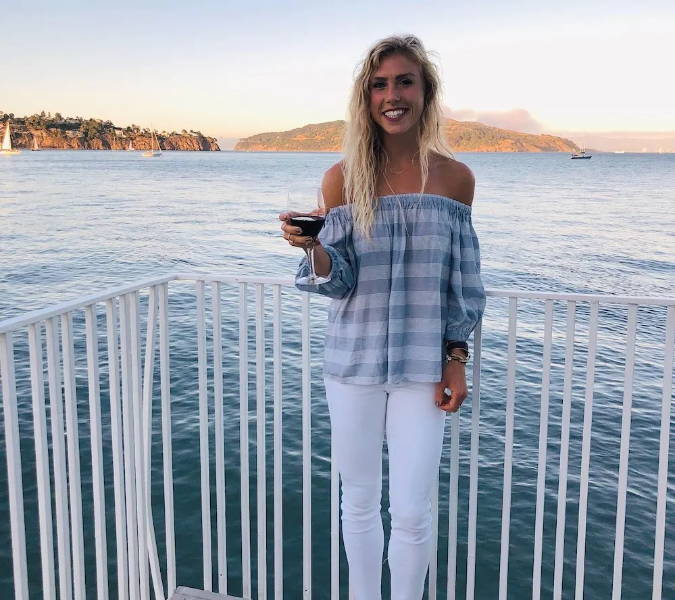 What do you hope to achieve in the future?

I hope to be an outpatient orthopedic physical therapist with a sports medicine focus. I don’t envision myself being with a specific team per se, but athletes of all ages and all levels.

Like I said before, I just want to get people back to doing what they love. I don’t care if they’re a weekend warrior or if they are a high school athlete that’s hoping to play in college. I just want them to be able to achieve their goals, and incorporate my passion for fitness--especially functional fitness--into my physical therapy treatment.

I hope I can continue to love what I do and inspire others to really live a healthy lifestyle that’s sustainable.

So, I have a few more rapid fire questions. Think no more than five word answers. What’s the one thing that motivates you to continue on your path?

Others. Seeing others progress makes me happy and that keeps me going and reminds me why I’m doing what I’m doing. I’m sorry, that’s way more than five words (laughs).

That’s ok! What does it mean to live a healthy lifestyle?

That’s gotta be my 32 oz Stein with the Flip N Sip sport lid.

Thank you so much for joining us for this interview!

Thank you so much!

We hope that Courtney’s hard work and inspiring lifestyle will help you all to collect ideas for how to live life healthy.

We learned how Courtney takes small sustainable steps. Now let us know how you take steps to cut back on plastic on Instagram, Facebook or Twitter.

Resources mentioned in the Interview